This article is a stub, you may help Objectpedia expand this article.

Bubble is a female contestant from Battle for Dream Island.

Bubble appears to be a spherical soap bubble. The main part of her body is sky blue, which gets lighter toward her center. Her outline is blue, and her shine is white. She is also transparent.

Bubble is a strong and strange liquid bubble, as normal bubbles would pop much more quickly due to air pressure. In addition, she can somehow open her mouth without losing any air. She also didn't float to the top of the van in "It's a Monster" despite being made of air, and when she couldn't hold her breath anymore, she popped and the air inside her disappeared. A real bubble is just made of liquid and air, so if a bubble were to be submerged in water, it would not pop until it rose to the top and the liquid is a dome over the water. What makes her even stranger is that soap bubbles can have fingers put through them sometimes and not pop.

Bubble has an awkward way of talking, as she replaces some vowels with "oi" sounds in words (e.g. "Leafy" becomes "Loify", "Lightning" becomes "Loightning", etc.), giving her a unique accent.

Bubble is usually nice, carefree and happy, but when she is afraid of something, (ex. Pencil telling Lightning to shock someone), she will try and prevent it from happening, which occasionally has consequences.

When pushed enough, Bubble isn't afraid of speaking her mind to other characters, like with Leafy when she constantly decides to be friends only to change her mind or to stand up to Flower in "Return of the Hang Glider". Despite this, she is often known to be a pushover towards Pencil and Match, and often hangs around them, despite their actions.

Bubble is very forgiving, as she instantly became friends with Leafy in "Get in the Van" when she returned to Bubble after she had bought Dream Island, although she still seems hesitant to forgive Match for what she did. She seems to be sad ever since she got demoted and Lightning zapped people. Bubble is also shown to have paranoia, as seen in "What Do You Think of Roleplay?" when she thought Match's elimination was caused by her not forgiving Match, which as a result pushed her to forgive every member on iance. 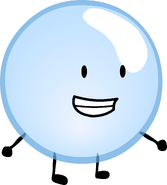 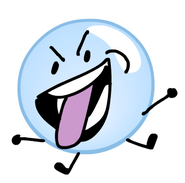 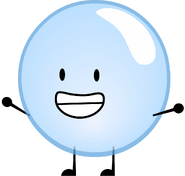 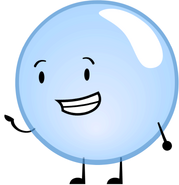 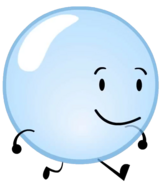 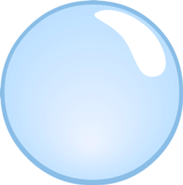 Add a photo to this gallery
Retrieved from "https://object-shows.fandom.com/wiki/Bubble?oldid=8398"
Community content is available under CC-BY-SA unless otherwise noted.