Over the series, Nickel has had various changes made to his character.

In BFDI, Nickel (had other names at the time, along with a set of arms), had one goal: to become the new Coiny of the cast. He could be considered arrogant, as he "knew he was going to win".

In BFDIA, Nickel is generally a pessimist, as stated by Pin. He casually states sarcastic remarks from time to time.

In BFB, Nickel seems to be far more spastic than in previous seasons, sometimes spouting nonsensical sayings and phrases. He also cannot easily tell when someone's being sarcastic.

However, Nickel becomes more cynical and unamused after "This Episode Is About Basketball", believing that they won't be able to win challenges and doesn't have as much fun on the show as he did previously.

Nickel made his first appearance in the episode. His motto in the promotion is "I'm going to be the new Coiny!".

This is also the only time he has arms in the show(s).

Yeah, who? I Wanna Know

Nickel makes it into the second season and ends up being on Team No-Name, which wins this challenge. 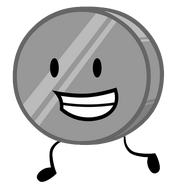 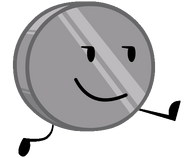 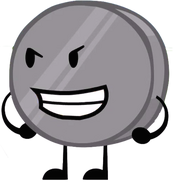 Add a photo to this gallery
Retrieved from "https://object-shows.fandom.com/wiki/Nickel_(BFDI)?oldid=8203"
Community content is available under CC-BY-SA unless otherwise noted.